The 360-degree cameras are the new trend in the market, companies like GoPro, Samsung have already launched their own 360 degree camera. Yet their price is too high for average users, and being such a new technology, users do not risk spending so much money, and there is why Elephone comes with its new camera —ELECAM 360. An action camera with two 220° Fisheye – Super wide angle lenses that can record 360° video for 60 minutes due to its large capacity 1,500mAh battery. The video resolution is 1080p @30 FPS and it can be uploaded straight to YouTube and WeChat.

Elephone ELECAM 360 features dual 220-degree fish-eye lens. It is an extreme wide-angle lens, commonly known as “fisheye”. In order to achieve maximum photographic lens perspective, the diameter of the front lens of this camera lens is very short and showed a parabolic shape projecting to the front of the lens, rather like fish eyes, “fisheye,” hence the name. Fisheye wide angle lens belongs in a special lens, its perspective and strive to meet or exceed the scope of the human eye can see. Therefore, the fish-eye lens and the eyes of the people the real world scene there is a big difference, as we see in real life scenes are a regular fixed form, and picture effect produced by the fish-eye lens is beyond the scope of this.

The camera features a Sunplus 6350M chips, the same used in the EKEN H9.

Elephone ELEcam 360 features a 0.96-inch LCD display to check settings. And it can show the recording left time and photo quantities left.

The Elephone Elecam 360 camera is WiFi-enabled as well, allowing you to live-preview video and control your camera from your Android or iOS smartphone.

The camera holds a micro USB port, on the bottom of the camera is a 1/4″ tripod thread for mounting. It’s fit for the universal accessories. 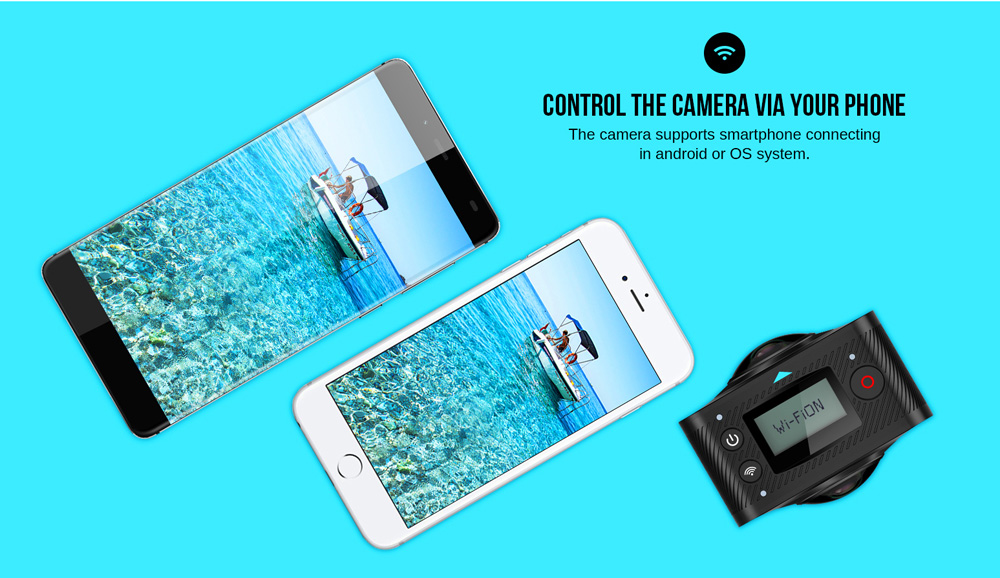 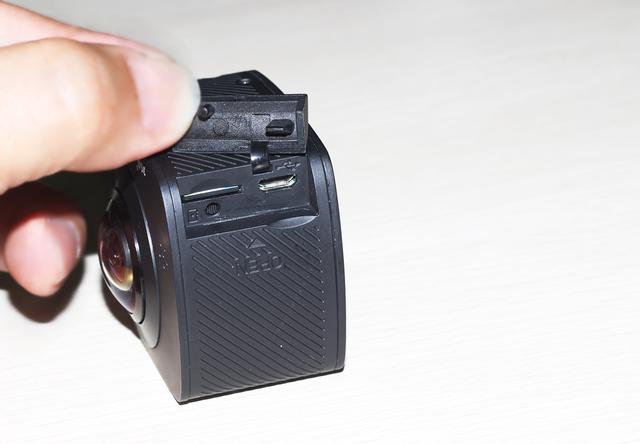 The built-in battery has a capacity of 1500mAh that allows you to record up to 60minutes of 360° videos. The body is delicately designed with more space to eventually install bigger batteries.

The camera records two separate videos (spherical) which will be stitched to one 360° video using a software. 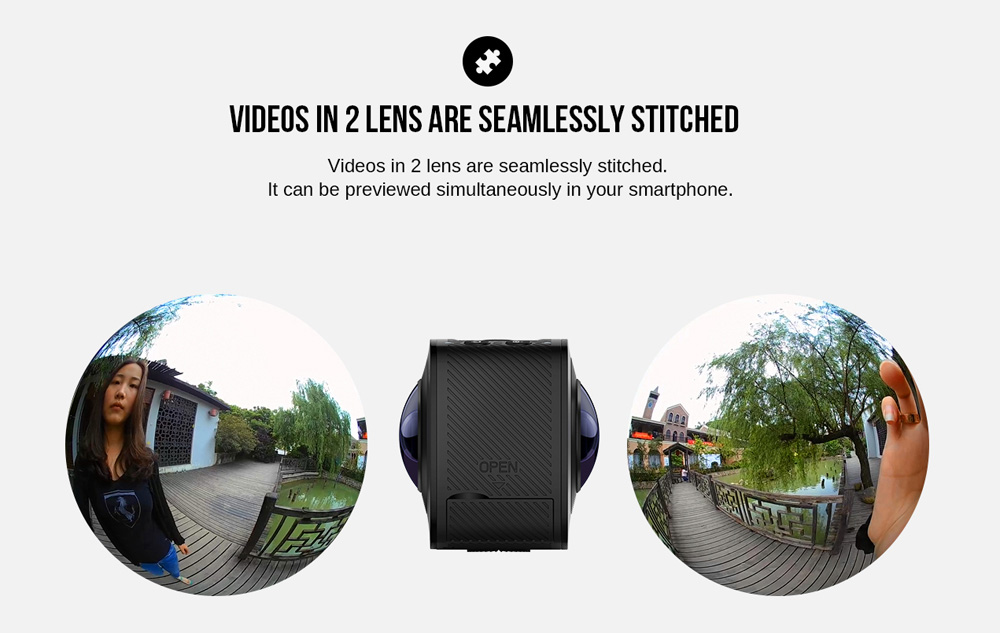 What is really good, is the VR Shooting Mode that allows you to record video and watch it on your VR box. 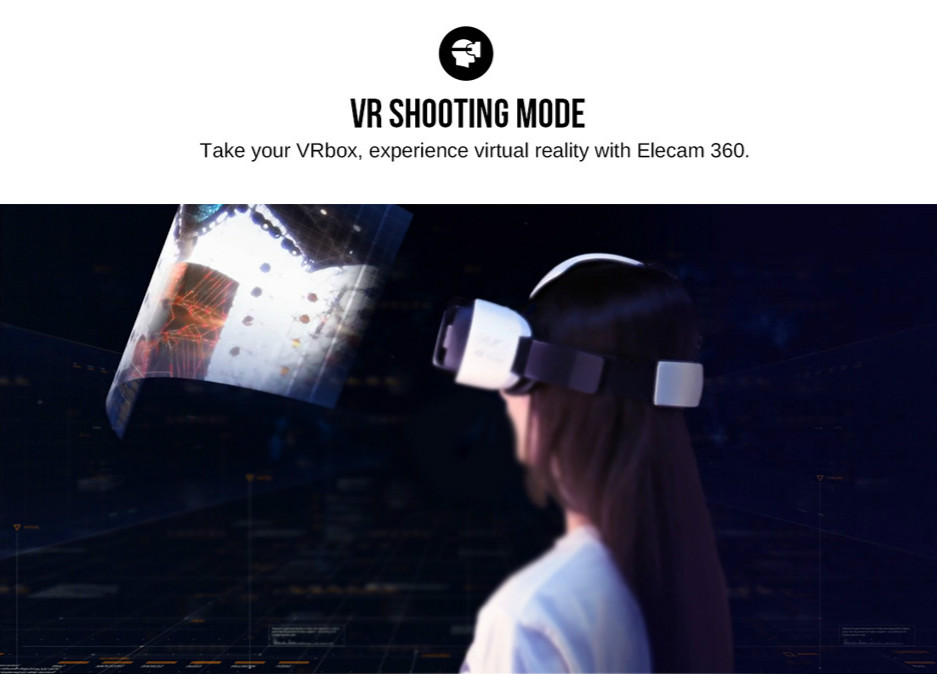