The Differences You Need To Know About Element Mega, Force and Force+

The Differences You Need To Know About Element Mega, Force and Force+

We first released the powerful Element Mega speaker in September 2017, equipped with our latest SoundPulse™ technology that can deliver 40W power output in a compact size. With this excellent power-packed feature the Element Mega has become one of our bestselling Bluetooth speakers. The only downside of this high-performance speaker is the fact that it’s not fully waterproof. 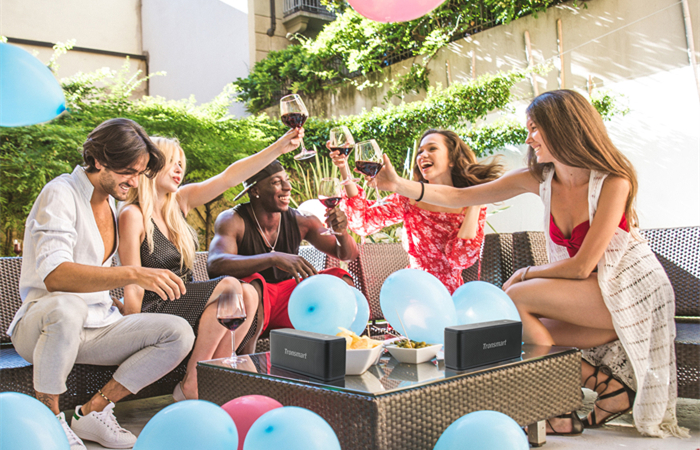 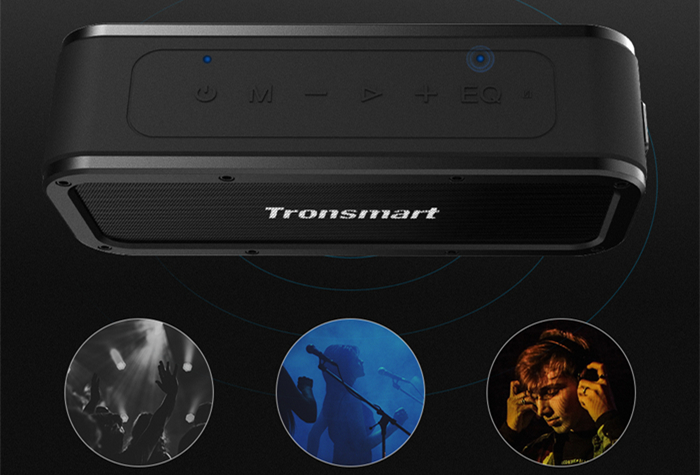 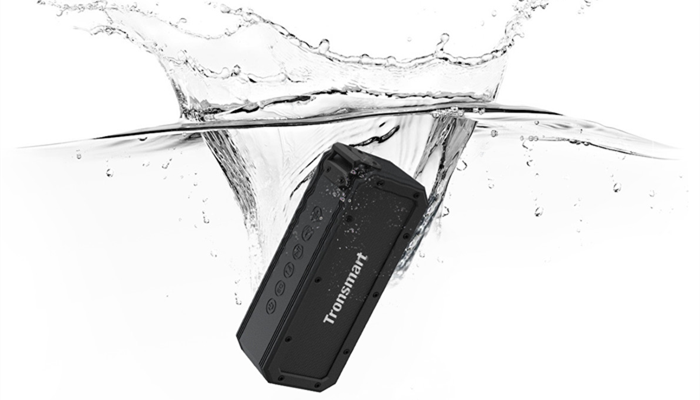 The Comparison of Basic Specification 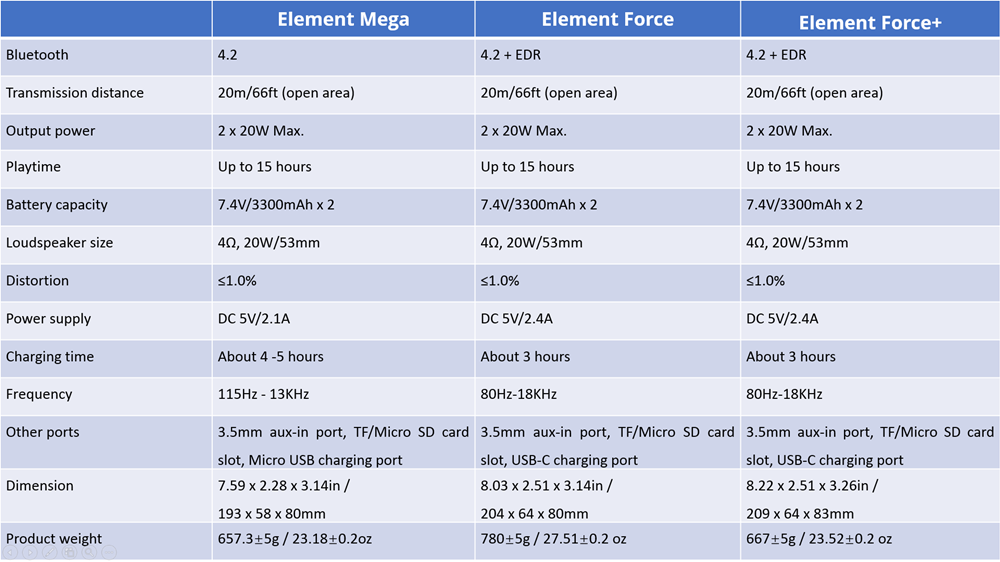 From the chart above it can be seen that the basic specification of three speakers is nearly the same including the Bluetooth 4.2, 40W power output and 6600mAh large battery with up to 15 hours of play time. Obviously, the dimensions and product weight are different, but not by too much.

Additionally, the full charging time also has a slight difference because of the different charging port. Element Force and Force+ use a USB-C charging port that can provide 5V/2.4A charging speed while the Micro charging port of Element Mega only can deliver 5V/2.1A. Overall the basic specification of three speakers is not so different as to influence their music playing performance.

Other Concerning Questions of These Three Speakers

1. What’s SoundPulse™ technology? Are all of them equipped with this technology?

–  Element Mega and Element Force/Force+ are equipped with our latest SoundPulse™ technology. This technology allows the speaker to deliver a compact 40W output making the bass louder and vocals more defined. If you want to know more details about this technology, you can click here: https://www.tronsmart.com/sound-pulse.htm

2. What’s the difference between Element Force and Force+?

–  Besides the obvious different appearance, the biggest difference between them is the sales channels.

The Element Force is for online shops only.

And the Element Force+ is tailored to our specific market based on the specific conditions. At present, you can get Element Force+ from the following sales areas, Southeast Asia, Eastern Europe and the Middle East. If you need to know the exact address of the store, you can contact us through Facebook, Twitter, Instagram, YouTube or comment below directly, we will reply as soon as possible.

–  Actually, you can’t. Our TWS function only supports connect two same Bluetooth speakers together which means you can pair two Element Mega or two Element Force.

4. What’s the difference between Element Mega and Element Force/Force+?

–  There are three distinct differences between them.

The second one is the gesture control. Element Mega can be controlled by intuitive touching. It is designed with a fully integrated lighting touch panel with unique slide-to-control volume mechanism. But the Element Force and Force+ only can be controlled by pressing the buttons. 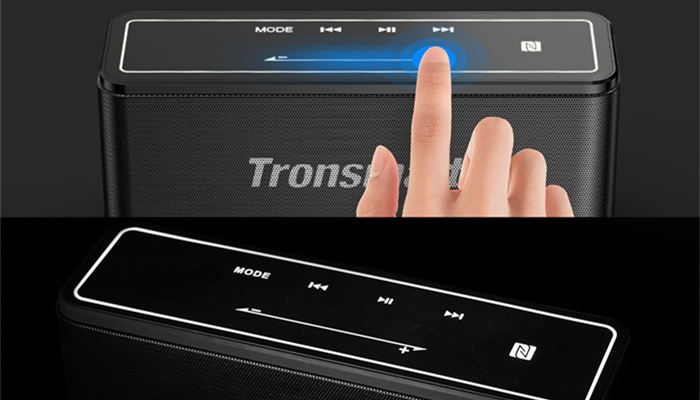 5. How long do these three speakers take to charge separately?

–  As the chart shown above we can see that the Element Mega will take 4-5 hours while the Element Force/Force+ will take about 3 hours because of the different charging ports.

Finally, let’s have a quick conclusion. If you need a waterproof powerful Bluetooth speaker, the Element Force/Force+ is your best choice. But if you do not need any waterproof function and if you’re a gesture control lover, then the Element Mega is perfect for you. And if you have any other questions about these three speakers, please comment below and we will reply to you as soon as possible.