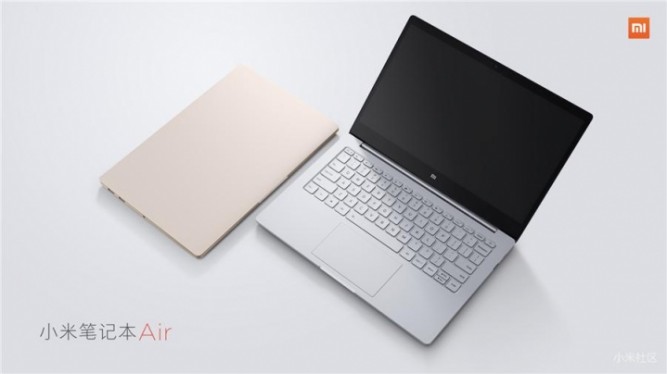 Xiaomi launched its first laptop Mi Notebook Air in July. As a lightweight, ultrathin, high-performance laptop, Mi Note book Air has been welcomed by vast consumers. Now, Xiaomi launched its new laptop Mi Notebook Air 4G in collaboration with China Mobile. The laptop comes with 4G connectivity, which includes Cat.4 4G LTE support capable of delivering download speeds up to 80Mbps. The laptops support the telecom operator’s networks without requiring a separate SIM card and users will get free access to 4GB of 4G data free every month, totaling 48GB a year. The Mi Notebook Air 4G 12.5-inch model has been priced at CNY 4,699 (roughly $676) while the 13.3-inch model has been priced at CNY 6,999 (roughly $1,007). 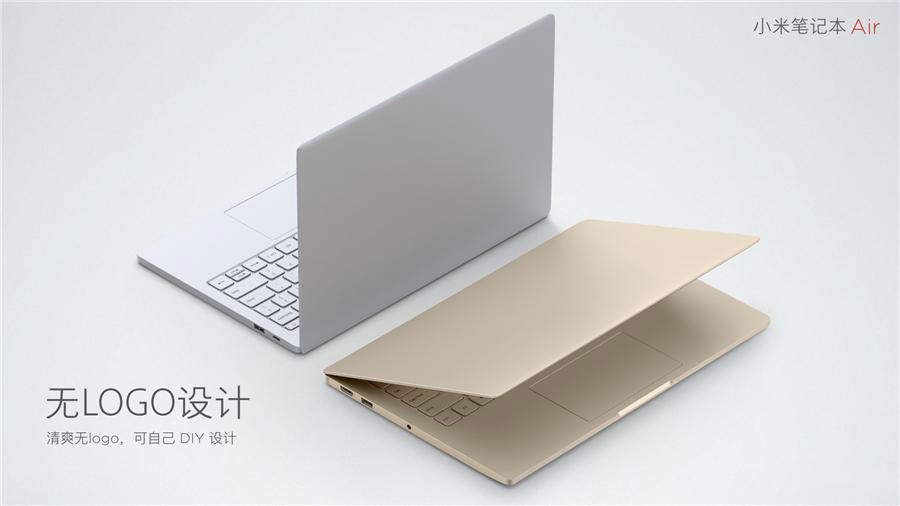 The Mi Notebook Air 4G comes with a metallic body and is available in two color options — gold and silver. The two versions come with a similar set of specifications with minor changes like the 12.5-inch version comes with standard Intel Core m3 6Y30 processor, whereas the 13.3-inch version has Intel Core i7 processor. 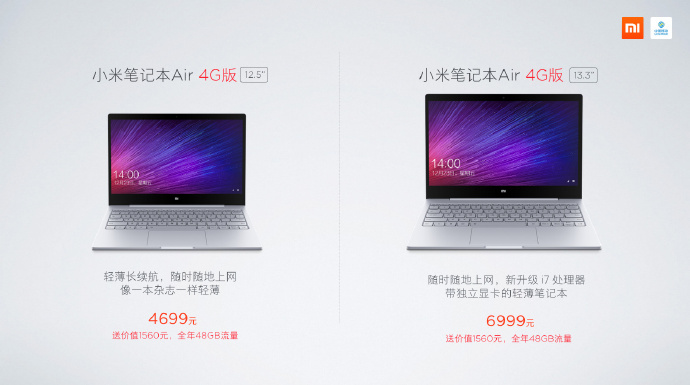 On the other hand, the 13.3-inch Mi Notebook Air 4G weighs 1.28kg and is 14.8mm thick. It comes with a more powerful Intel Core i7 processor clocked at 3.0GHz which is an upgrade from the initial version and is said to bring up to 10% improvement in performance. The processor is backed by a massive 8GB DDR4 memory and the laptop also features a 256GB PCIe SSD hard drive which can be expanded as well. On its part, the 13.3-inch version can last up to 9.5 hours of steady usage. It also pack custom AKG speakers. 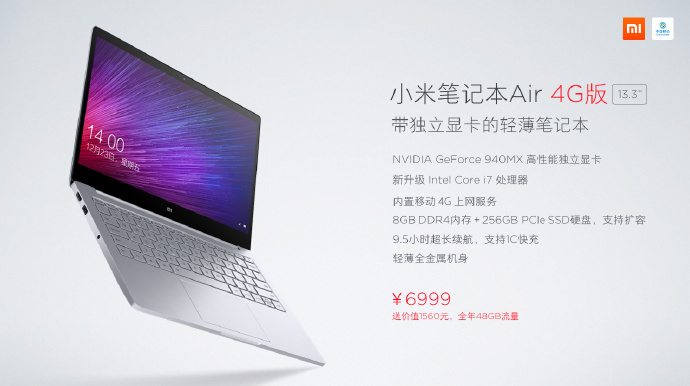 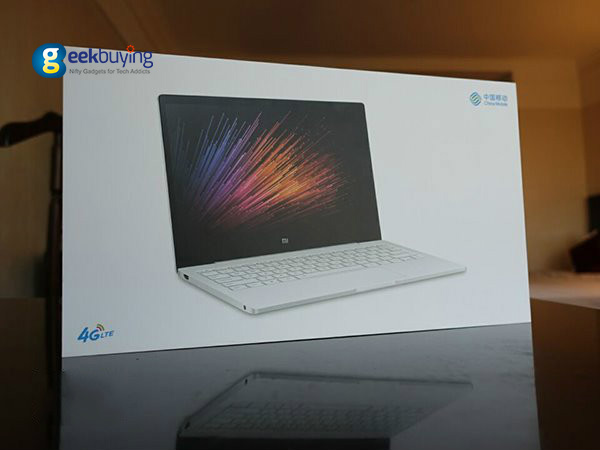 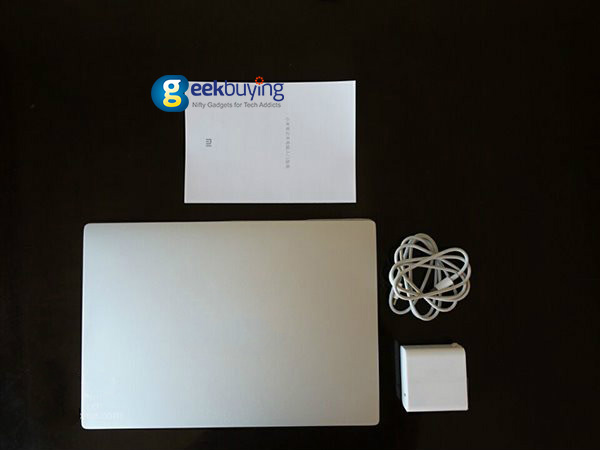 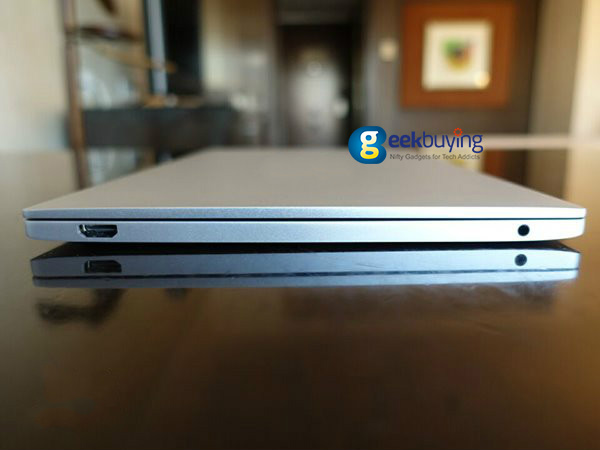 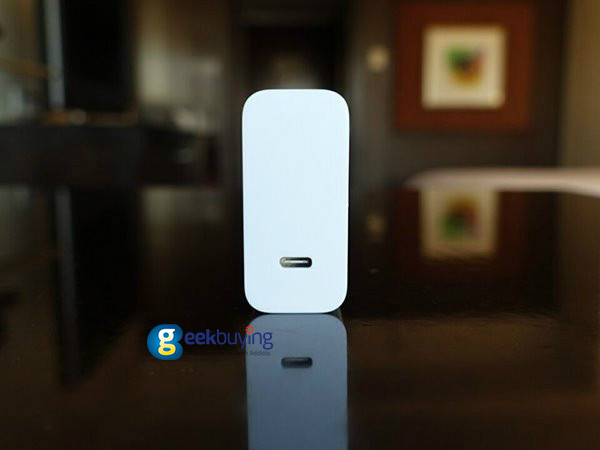 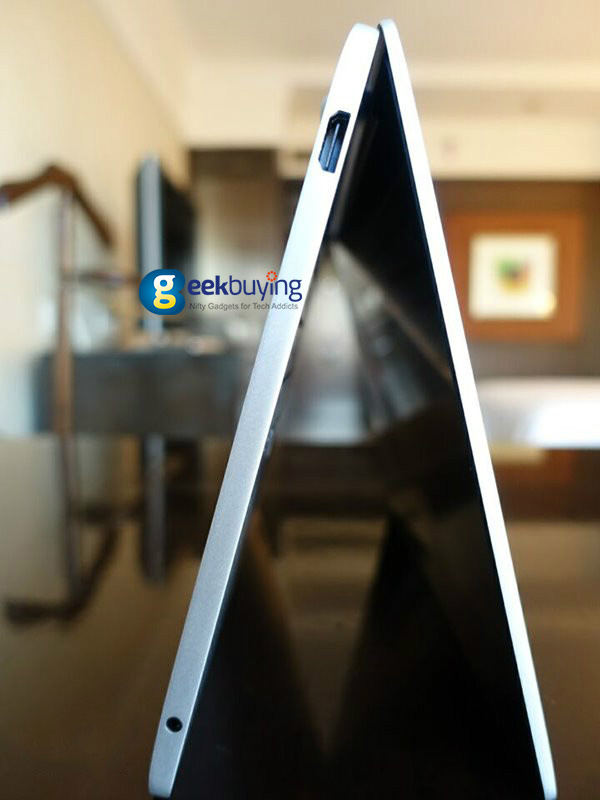 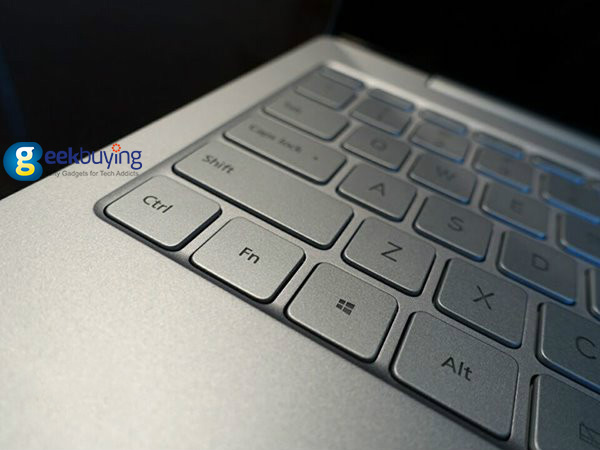 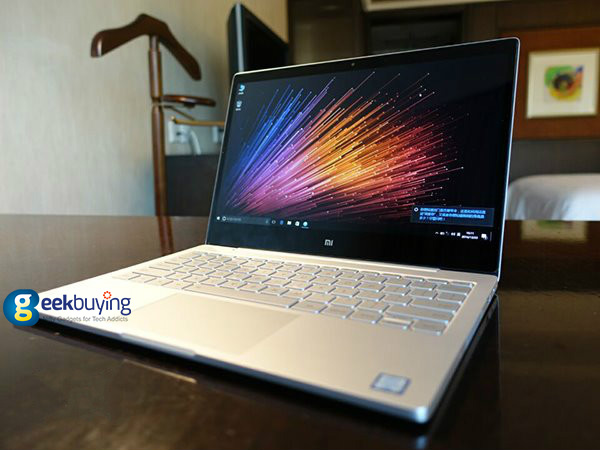